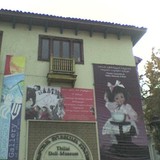 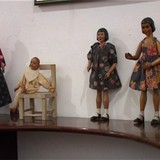 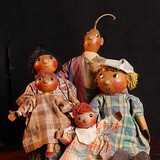 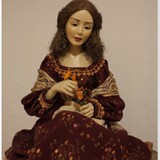 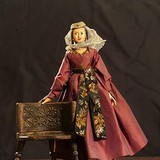 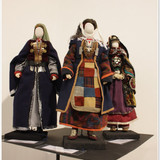 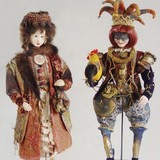 The museum was founded in 1937 by Tinatin Tumanishvili who was a wonderful children's writer and teacher. Originally it had located in two rooms of the kindergarten and later in the House of Pioneers. In addition to the original collection of dolls, there were dinnerware, toys, books and manuscripts. In 1990s during the events of the so-called "Tbilisi war" the museum was robbed and 24 dolls of Dutch, French and Swiss craftsmen were lost. As a result, it was being closed for visitors for over 15 years. But in 2008 the museum was opened again.

Today museum fund has about 3,000 exhibits which are the dolls of XIX-XX centuries from India, China, Japan and other European countries. A significant part of the collection includes exclusive dolls created by Georgian artists for the museum. In the halls of the museum you also can see the folk dolls and puppets, complicated mechanical-musical dolls, made of porcelain, wood, ivory and pumpkins. Many of the doll's parts are interchangeable such as shoes, musical instruments, etc.

Among the exhibits the most interesting puppets are the Bedouin, The Plane in love, The Girl with the pearl earring and so on. Dolls often have their own names like Aliso the pianist and Marine (blowing bubbles doll). Female ensemble playing on chuguri, flamenco dancers, Indian Chief, Eastern dancer or Svetlana the Russian doll can be seen in the museum.