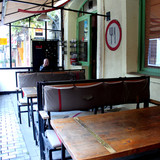 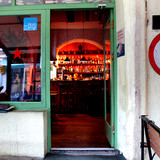 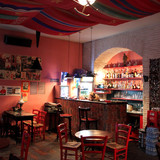 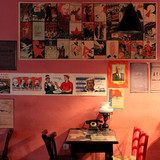 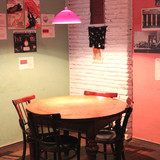 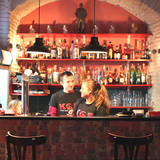 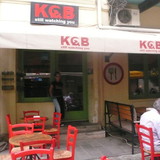 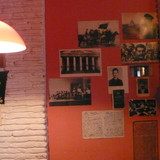 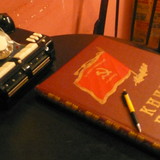 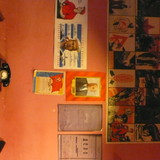 Like the other places of the network "Kala", this little bar of Soviet-style in Old Tbilisi town surprises guests with its lively atmosphere and attributes. Despite the fact that an organization called "KGB" no longer exists and the visitors of the bar are not watched, the place has plenty of reminders of an uneasy Soviet era. You can see it in the decoration of the bar, in the menu and even in restrooms! To put it in a nutshell, it's everywhere except the kitchen and the bar, because these places are sacred. "Kala" means "fortress" in Old Georgian, which is fully justified, because the network has firmly proved itself in the capital since 2002.

Café welcomes guests in one hall, but in the summertime they can relax on a semi-enclosed terrace, located on a pedestrian street. The abundance of red in the decorations of the place, the old Soviet posters and cheap Soviet money immerse into a bygone era.

Menu of the "KGB" is rich in spirits, draught beer, cocktails and a good selection of Georgian wines. In addition, you can eat one of a range of sandwiches, salads and scrambled eggs. Once you are there, it is well worth it to try freshly ground coffee and one of the best cheesecakes in the city. On average brunch for one person costs about 15-20 GEL.

Every day you can enjoy nice music in the spirit of Soviet times and masterly work of the bartenders. Guests can use free Wi-Fi, as well as a plastic card to pay the bill. The bar is open every day from 10 am to 2 am.